Starting by the pier and the port area, the itinerary follows the 18th-century wall erected by then to prevent the attacks coming from the sea into the city, then getting to the Roman Theatre Museum and remains for a complete tour of these facilities. This museum is actually a three-floor one, whose upper floors are reached by means of an elevator. When getting to the top one, a completely step-free tunnel will lead you to the real remains of the theatre.  After this visit, tour will be resumed by pleasantly strolling through the main street to behold the luxurious town-houses built by the local mining tycoons during the late 19th century, even entering the main highlight from this period, the electrical and gorgeous-looking Town Hall building. Last sight will be an imposing 18th century military building, formerly a prison nowadays turned into a museum that exhibits the symbol of the naval power of the city, Peral’s submarine, the first of its kind working with electricity and assembled by 1885. 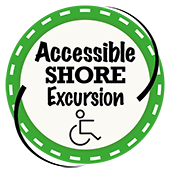