More than 1200 years ago (by the 8th century), Muslim armies coming from North Africa invaded Spain. They ruled the spanish South East for nearly 500 years, till they were defeated by Christians around the middle of the 13th century. When so, they run away to Granada and built La Alhambra, this kingdom becoming the last Moorish stronghold in Spain, one that hanged on for two centuries and a half more. During that period, the war between Muslims and Christians was fought in the border between Granada and Murcia, exactly where the medieval town of Caravaca lies. We’ll take you to this area full of legends and vestiges from those times, some of them as magnificent as the Holy Cross of Caravaca, a true relic of the catholic faith still venerated in a sanctuary built for that purpose, whose worshipping has turned the town into one of the 5 holy cities in the Catholic World, together with Rome, Jerusalem and Santiago de Compostela. Tour will be completed with a stroll through the medieval quarters, which are full of gorgeous buildings belonging from this era.

All prices include Fees. 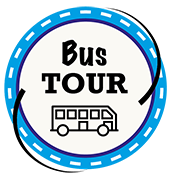