Tour starts by the National Museum of Underwater Archaeology, for you to have an overview of navigation in the Mediterranean, as Cartagena’s harbour has always been considered the best natural port lying by its Western shore, this being the main reason for the city to become by the 18th to become one of the three main navy headquarters of the Spanish Armada. Plenty of buildings from that era remain today, such as the one which is our next stop: the so-called Headquarters for Inmates & Slaves; originally a navy jail, nowadays being turned into a university facility and a naval museum that we will be paying a visit to. Main highlight here is Peral’s submarine, the first electrical submarine ever built as far as 1885. We will continue with a stroll through the area of the city where the other main naval facilities lie, such as its Arsenal, to finish the tour by tasting some local specialities in a bar by the Old Quarter. 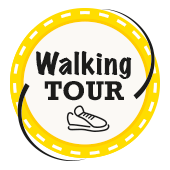